With the solution of the acid-base problem, the textile industry has ushered in considerable development, but new problems have emerged. This is the demand for dyes, which also began to increase significantly, leading to the shortage of natural dyes supply. Therefore, the market calls for the emergence of artificial dyes. Fortunately, in the great era of the industrial revolution, accompanied by busy textile machines, there was also a roaring steam engine. With the gradual popularity of the steam engine, its food, coal, began to enter the vision of chemists. After the final research, chemists found benzene, anthracene, quinone, naphthalene and other aromatic compounds from coal tar, a by-product of coal coking. On this basis, in 1867, British chemist William Henry Perkin first synthesized the artificial dye aniline violet dye. After that, a series of other dyes were also developed. Later, with the extensive application of petroleum, mankind gradually created the production system of organic substances. In this way, the inorganic chemical industry represented by acid and alkali, and the organic chemical industry created by fossil fuels constitute the most solid two cornerstones of today's huge chemical industry empire. The curtain of the chemical industry that completely changed the historical process was opened.

The development of chemical industry has first brought about changes in agriculture. The most typical example is the 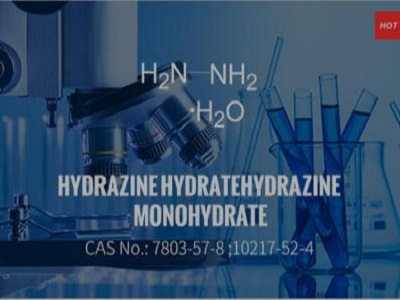 widespread use of chemical fertilizers and pesticides. For thousands of years, human beings have basically not changed their destiny of relying on the weather to feed themselves. In good years, they can eat enough, but in bad years, they will die. Later, it was discovered that at least three elements - nitrogen, phosphorus and potassium - were needed to make crops grow healthily. Therefore, chemical fertilizers came into being in the chemical industry. Phosphorus and potassium are distributed in many minerals, so it is not difficult to obtain these two fertilizers. But the nitrogen element is different, because most of the nitrogen element exists in the atmosphere in the form of nitrogen, but the problem is that the nitrogen element in nitrogen cannot be directly absorbed by plants. Plants can only absorb nitrogen compounds. In the past, such compounds could only obtain extremely limited nitrogen sources through the process of farm manure, nitrogen fixing bacteria transformation, or lightning. Of course, the main source is farm manure. However, there is an endless cycle, because the number of pulls is limited, and you can only pull more if you eat more. However, if you eat more, you need to pull more if you have more crops. This is an endless cycle. As for lightning, it is too uncontrollable. In some years, let alone lightning, there is no rain.

In short, agricultural production has a great demand for nitrogen. So people began to consider using chemical methods to convert nitrogen in the air into nitrogenous compounds that can be absorbed and utilized by plants. However, we know that the chemical properties of nitrogen are extremely stable, and it is very difficult to artificially produce nitrogen compounds. It was not until the early 20th century that Fritz Haber, a German chemist, first proposed the reaction method of directly synthesizing ammonia using nitrogen and hydrogen based on the theory of chemical equilibrium. Shortly afterwards, Karl Bosch, a compatriot of Haber, further solved the problems related to equipment. It was possible to produce ammonia in a large-scale industrial model, and nitrogen fertilizer came out, so the pungent smell of fertilizer we smelled was actually the smell of ammonia. After all the three nutrient elements have been solved, the food production of human beings began to increase significantly,