Sinochem News As of October 30,all the third quarter reports of 18 listed companies included in the Wind Lithium sector had been released. In the context of lithium carbonate prices breaking through historical highs, the prosperity of the entire industry has improved, and the performance of lithium resource listed companies has increased dramatically,becoming a veritable "gold king" of the industrial chain.According to statistics,18 listed companies in the Wind Lithium sector achieved a total net profit of 77.378 billion yuan in the first three quarters,an increase of more than four times over the same period in 2021.Among them, there were 16 companies whose net profits increased year on year in the first three quarters,and only Jinyuan Shares and Tibet Everest declined.From the perspective of profit distribution, the net profits of Tianqi Lithium,Ganfeng Lithium and Salt Lake Co.Ltd. in the first three quarters exceeded 10 billion yuan,which were 15.981 billion yuan,14.795 billion yuan and 12.082 billion yuan respectively.The total profits reached 42.858 billion yuan,accounting for 55.4% of the whole industry.They are in the first echelon of the industry. 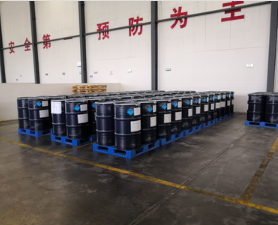 Tianhua Super Net,Shengxin Lithium Energy,Yongxing Materials and Zangger Mining also had net profits of more than 4 billion yuan in the first three quarters,which were 5.154 billion yuan,4.35 billion yuan,4.271 billion yuan and 4.166 billion yuan,respectively,due to their advantages in production capacity,self owned mines or ultra-low costs,ranking the second in the industry.From the perspective of year-on-year growth, Rongjie and Tianqi Lithium benefited from their low base and advantages in mining resources.Their net profits in the first three quarters increased by 45.33 times and 29.16 times respectively,ranking the top two. In addition, the net profit of the first three quarters of Sinomine Resources,Jiangte Electric,Shengxin Lithium Energy,Yongxing Materials and Tianhua Super Net increased more than 5 times year on year.However, in the third quarter,affected by factors such as rising cost end and power rationing in some regions,the performance of each company split on a month on month basis.

Since this year, only 9 listed companies with quarterly growth in net profits have been Jinyuan Shares, Rongjie Shares, Ganfeng Lithium, Yongxing Materials, Sinomine Resources,Keda Manufacturing, Zangger Mining,Tibet Urban Investment and Yahua Group.Many insiders believe that the contradiction between supply and demand of lithium salt is still difficult to ease in the short term.The lithium price will remain at a high level, and companies with high resource self-sufficiency and significant growth are expected to continue to benefit.