Physical and chemical properties of lithium

Physical and chemical properties of lithium

Silver white metal. It is soft and can be cut with a knife. It is the lightest metal with a density smaller than that of all oils and liquid hydrocarbons, so it should be stored in solid paraffin or white vaseline (lithium will float in Liquid Paraffin).

The density of lithium is very small, only 0.534g/cm ³， It is the smallest of non gaseous simple substances.

Because of its small atomic radius, lithium has the smallest compressibility, the largest hardness and the highest melting point compared with other alkali metals.

The flame reaction of lithium is purplish red.

There are seven isotopes in lithium, two of which are stable, Li-6 and Li-7. In addition to stable isotopes, li-8 has the 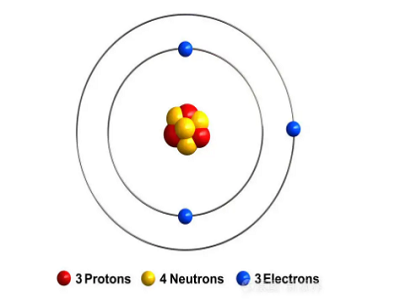 Lithium is a chemical element. It is a metal with strong metal activity (cesium is the most metallic metal). Its chemical symbol is Li. Its atomic number is 3. There are three electrons, two of which are distributed in the k layer and the other in the L layer. Lithium is the lightest of all metals. Because lithium has a large charge density and a stable helium type double electron layer, lithium is easy to polarize other molecules or ions, but it is not easy to polarize itself. This affects the stability of it and its compounds.

Although the hydrogen standard potential of lithium is the most negative, which has reached -3.045, due to the low solubility of lithium hydroxide and the exothermic reaction between lithium and water can not melt lithium, the reaction between lithium and water is not as intense as that of sodium. After a period of time, the nitrogen oxide film on the surface of lithium is dissolved, making the reaction more intense. It is easy to react with hydrogen at about 500 ℃ to produce lithium hydride. It is the only alkali metal that can generate hydrides stable enough to melt without decomposition. Its ionization energy is 5.392ev, and can combine with oxygen, nitrogen, sulfur, etc. it is the only alkali metal that reacts with nitrogen at room temperature to produce lithium nitride (Li ₃ n). Darkening due to susceptibility to oxidation. If lithium is thrown into concentrated sulfuric acid, it will float quickly on the sulfuric acid, burn and explode. If lithium and potassium chlorate are mixed (shaken or ground), it may also react explosively.