Home / News / News / The 20th National Congress of the Communist Party of China (CPC) opened at the Great Hall of the People in Beijing.

The 20th National Congress of the Communist Party of China (CPC) opened at the Great Hall of the People in Beijing.

The 20th National Congress of the Communist Party of China (CPC) opened at the Great Hall of the People in Beijing.

1 This country is its people; the people are the country. As the Communist Party of China has led the people in fighting to establish and develop the People's Republic, it has really been fighting for their support.

2 The great achievements of the new era have come from the collective dedication and hard work of our Party and our people.

3 Our Party has dedicated itself to achieving lasting greatness for the Chinese nation and committed itself to the noble cause of peace and development for humanity. Our responsibility is unmatched in importance, and our mission is glorious beyond compare.

4 Whole-process people's democracy is the defining feature of socialist democracy; it is democracy in its broadest, most genuine, and most effective form. 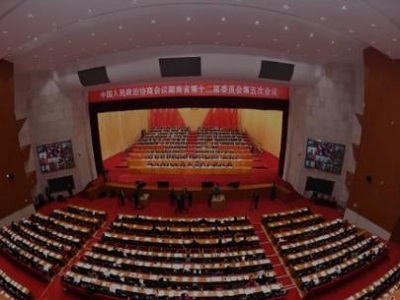 5 Our experience has taught us that, at the fundamental level, we owe the success of our Party and socialism with Chinese characteristics to the fact that Marxism works, particularly when it is adapted to the Chinese context and the needs of our times.

6 Through painstaking efforts, the Party has found a second answer to the question of how to escape the historical cycle of rise and fall. The answer is self-reform. By doing so, we have ensured that the Party will never change its nature, its conviction, or its character.

7 China will never seek hegemony or engage in expansionism.

8 The wheels of history are rolling on toward China's reunification and the rejuvenation of the Chinese nation. Complete reunification of our country must be realized, and it can, without doubt, be realized!

9 The times are calling us, and the people expect us to deliver. Only by pressing ahead with unwavering commitment and perseverance will we be able to answer the call of our times and meet the expectations of our people.

10 Corruption is a cancer to the vitality and ability of the Party, and fighting corruption is the most thorough kind of self-reform there is. As long as the breeding grounds and conditions for corruption still exist, we must keep sounding the bugle and never rest, not even for a minute, in our fight against corruption.

11 All of us in the Party must bear in mind that full and rigorous self-governance is an unceasing endeavor and that self-reform is a journey to which there is no end. We must never slacken our efforts and never allow ourselves to become weary or beaten.