Toxicity and harm of acetonitrile

Acetonitrile is prepared by heating the mixture of acetamide and glacial acetic acid. It is an important industrial solvent, mainly used as a medium for organic synthesis (such as acetophenone, 1-naphthalene acetic acid, thiamine, etc.), as well as as a fatty acid extractant, alcohol denaturant, etc. Poisoning may be caused by contacting its liquid or vapor during production. 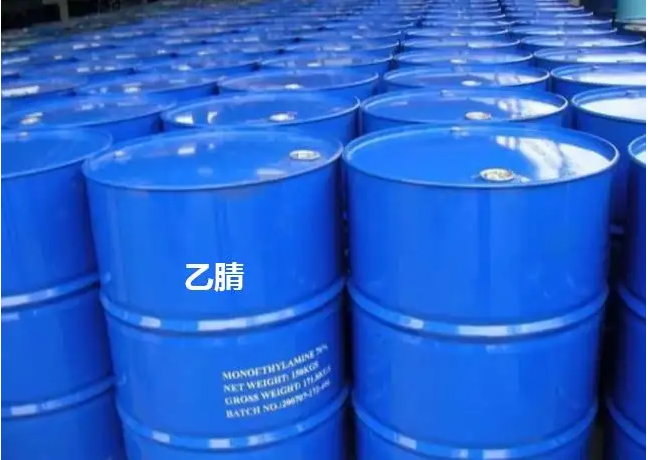 Acute occupational acetonitrile poisoning is not uncommon, and it is frequently reported at home and abroad. Acetonitrile vapor is slightly irritating,so it can cause irritation symptoms of upper respiratory tract to a certain extent when the concentration is high.Compared with hydrogen cyanide,acetonitrile also presents nausea,vomiting, abdominal pain,diarrhea,chest tightness,chest pain,fatigue,fatigue and other symptoms,and even respiratory depression,blood pressure drop,coma,convulsions and other symptoms when severe,but the onset of the disease is relatively slow,and the incubation period is more than 4H;The disease is not as severe as that of hydrogen cyanide, rarely causing sudden death;Their pulse and heart rate are all slowed down,their respiration is also slow,and their face looks pale,often causing kidney damage such as proteinuria.It shows that the toxicity of acetonitrile is not only related to the release of CN - in the body, but also plays an important role in itself and thiocyanate and other metabolites.At present, there is no clinical product of chronic acetonitrile poisoning.

The diagnosis is mainly based on the reliable high dose exposure history and clinical characteristics of acetonitrile,and the occurrence of similar manifestations in the joint contacts has a significant suggestive effect;The timely determination of CN -,SCN - and acetonitrile in plasma is indicative and is a biomarker of acetonitrile exposure,but it cannot indicate whether there is poisoning or not and its degree. Acute acetonitrile poisoning should be differentiated from other industrial toxicosis existing at the work site,such as organic solvents, asphyxiating gases,and from cerebrovascular accidents,diabetes coma,etc.

For treatment, please refer to the section on hydrogen cyanide,but the dose of methemoglobin generator can be halved.When sodium thiosulfate is used, a slow acting methemoglobin generating agent,such as p-aminophenylacetone (PAPP),can be used early.One tablet can be taken orally each time,and can be reused every 4H.Only sodium thiosulfate can be used to maintain the next day;The dosage of sodium thiosulfate can also be halved after 2 days,and the drug can be stopped after 3-5 days.As acetonitrile itself has toxic effects,it is particularly important to actively carry out symptomatic support treatment when using cyanide antidote,pay attention to maintaining the functions of heart,lung and brain,and make reasonable fluid infusion and diuresis to accelerate the excretion of toxins and reduce kidney damage.